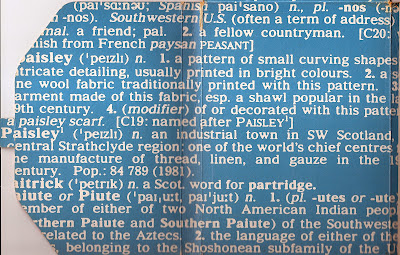 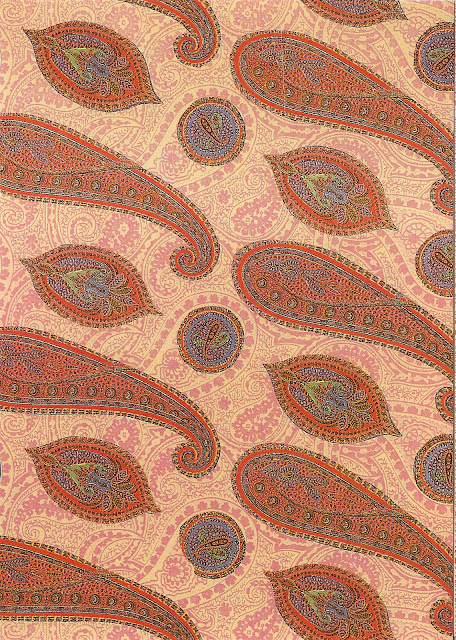 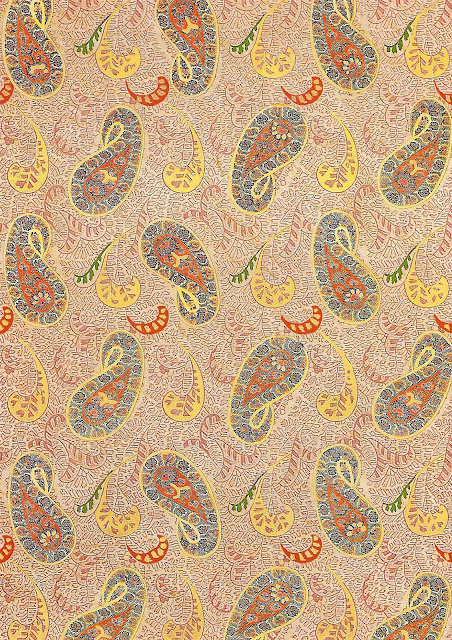 1. a soft woolen fabric woven with a pattern of
colorful and minutely detailed figures 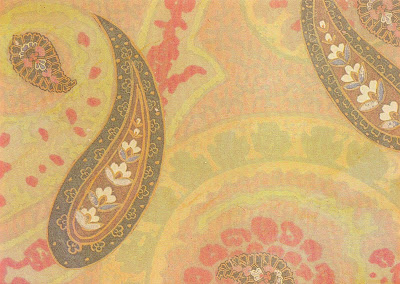 2. a shawl, scarf, tie, or other article made of this fabric. 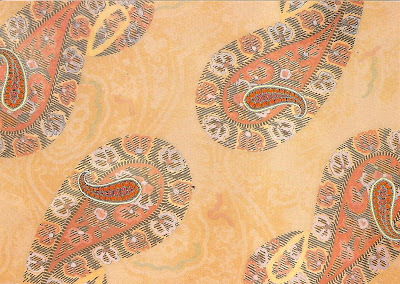 3. a silk print simulating this fabric and weave. 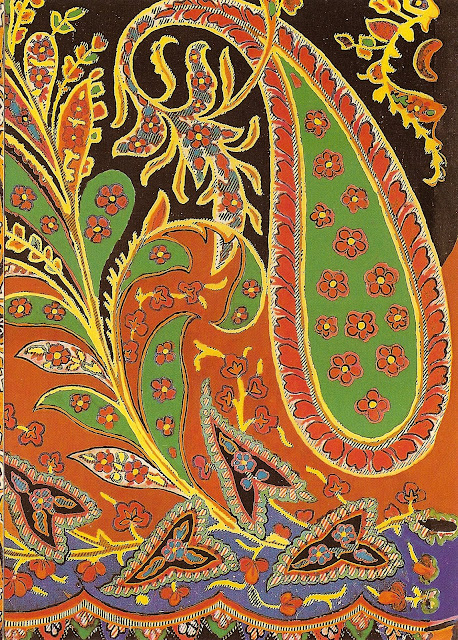 a pattern resembling the design or figure on this fabric or material. 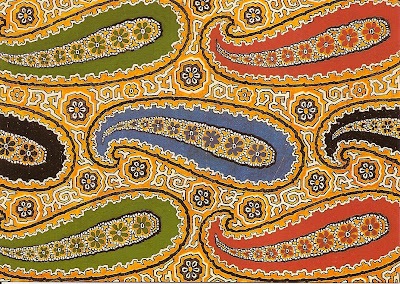 The New Oxford American Dictionary, page 1229, provides the following definition of the word:
paisley – a distinctive intricate pattern of curved, feather-shaped figures based on a pine cone design from India. ORIGIN – early 19th century, named after town of Paisley, Scotland, the original place of manufacture. 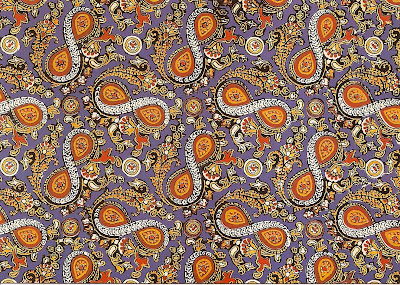 paisley
1834, from Paisley,  town in southwest Scotland,
where the cloth was originally made.
The town name is lit. "church," from M.Ir. baslec ,
itself from L. basilica  (see basilica). 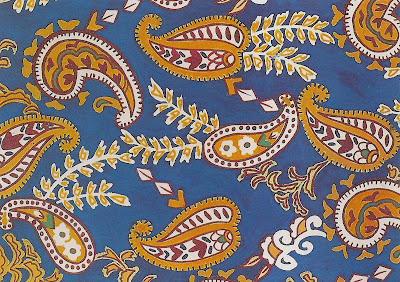 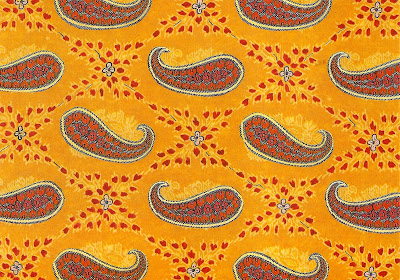 Persia is credited as being the first country known to have created boteh designs that have since come to be known as paisley motifs. Boteh is an anglicized version of the Hindi word, buta, which means “flower.” These stylistic shapes were incorporated onto the surface of fabrics that originated during the Safavid Dynasty of Persia (1501-1736). 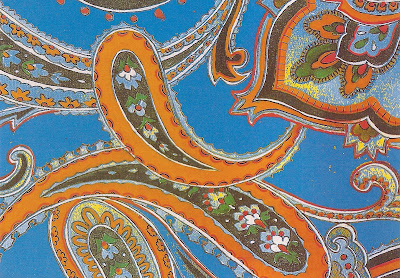 Later, the design was quite popular with Iranian weavers during the Qajar Dynasty (1795-1925). Paisleys made a comeback in the 1960s, and most especially, in the 1990s when they were utilized in wallpaper, ties, and other wearing apparel. In earlier times, Kashmiri (paisley) shawls were given as part of a dowry, or for a ceremonial occasion. 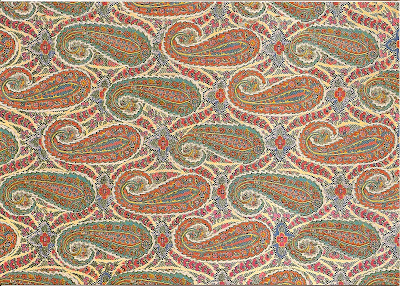 
The patterned shawls with paisley motifs were woven in Kashmir, a fertile valley in the Himalayas, since about the seventeenth century, according to Susan Meller in the book, Russian Textiles: Printed Cloth for the Bazaars of Central Asia (New York: Abrams, 2007).

Members of the British Army served in India in the second Anglo-Sikh War (1848-1849) that established British control via an annexation of much of the Punjab. The soldiers brought home Kashmiri (cashmere) shawls and as a result, the popularity of paisley designs soared and lasted for approximately one hundred years, not falling out of favor in Europe until the beginning of the 1870s. 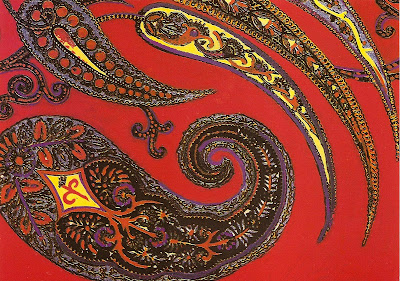 Hand loomed and hand woven goat hair was originally used to make paisley textiles. The weavers used a twill pattern in which the warp was alternately wrapped, creating an uneven surface. The natural fiber used was collected wool called shah tus or King's wool. That soft fleece was highly prized and was saved to create the highest priced shawls. 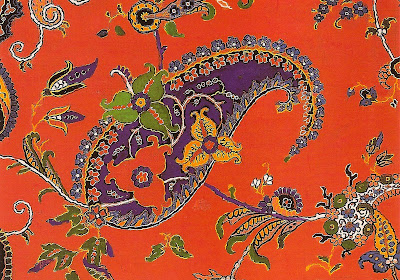 Going through my pile of sentimentoes, I found these postcards that I've loved forever. My soul sister and dear friend, Christine Laddaran-Chua, brought them back after her study abroad program at Oxford in the early 90s. One of these days, I will take them out again, perhaps frame and hang to be admired or use as just because note cards to send to loved ones. 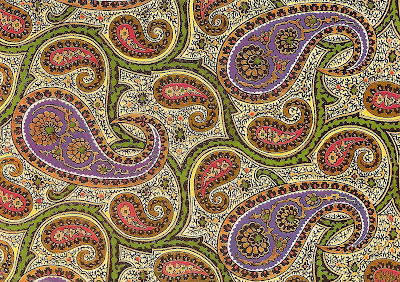 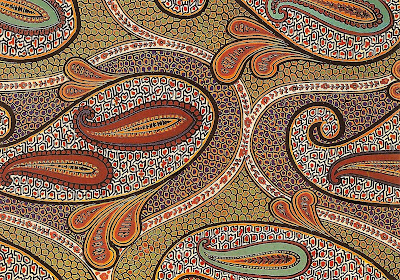 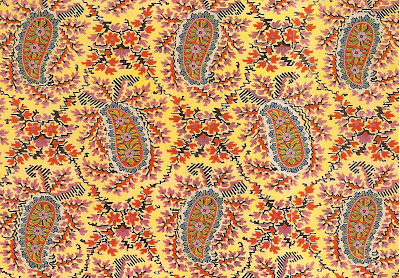 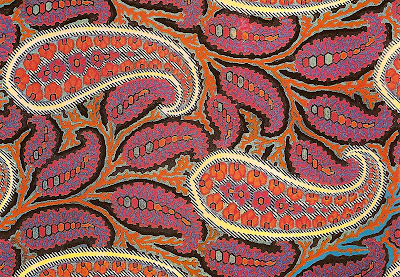