A Glimpse of Old Saigon

Formerly called Saigon, Ho Chi Minh, still retains a bit of its French colonial charm. These photos were taken on my first visit to the city in late 1999. I am off to HCM today for a quick leisure and business trip. I am extremely excited to catch up with my best friend (we're like sisters), Christine, and her family and explore the new changes of this bustling metro. 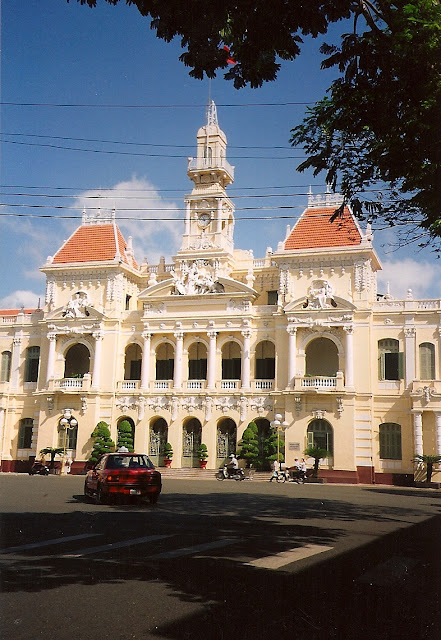 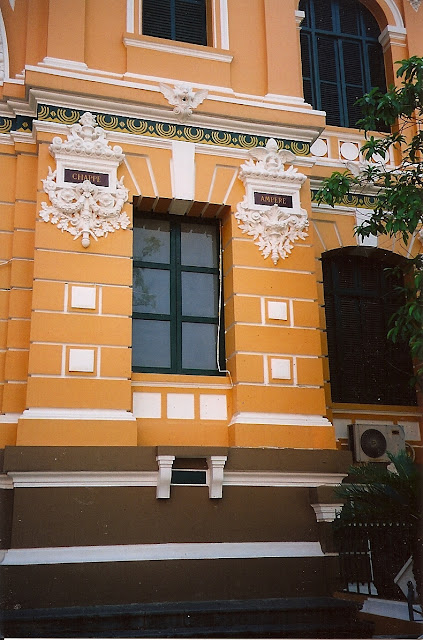 Saigon Central Post Office
The Gothic building was constructed when Vietnam was part of French Indochina in the early 1886-1891. It was designed and constructed by the famous architect Gustave Eiffel in harmony with the surrounding area. 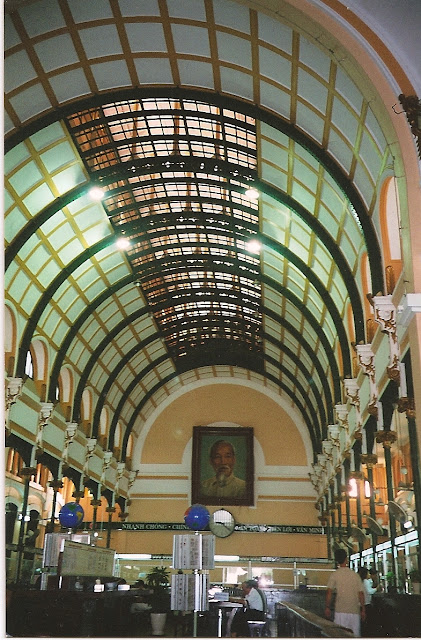 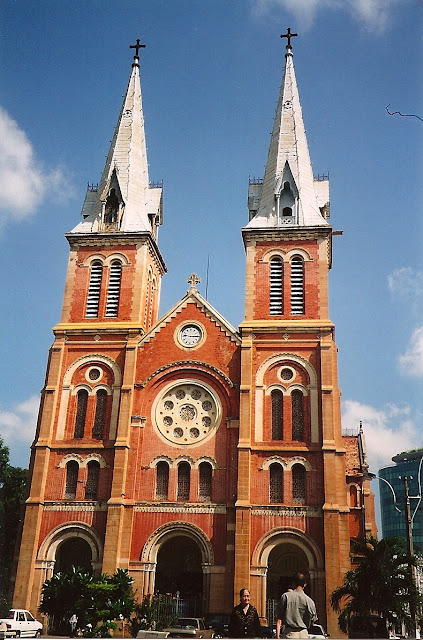 Saigon Notre-Dame Basilica
On 7 October 1877, Bishop Isidore Colombert laid the first stone in an inaugural ceremony. The construction of the cathedral took three years. The two bell towers were added in 1895. All the original building materials were imported from France. Tiles have been carved with the words Guichard Carvin, Marseille St André France. Some tiles are carved with the words "Wang-Tai Saigon". Many tiles have since been made in Ho Chi Minh City to replace the tiles that were damaged by the war. There are 56 glass squares supplied by the Lorin firm of Chartres province in France. The cathedral foundation was designed to bear ten times the weight of the cathedral.
to be continued....

So beautiful AND interesting. The architecture is stunning - looking forward to seeing more!

Loved the images and seeing the architecture. Have a wonderful trip, can't wait to see/read more!