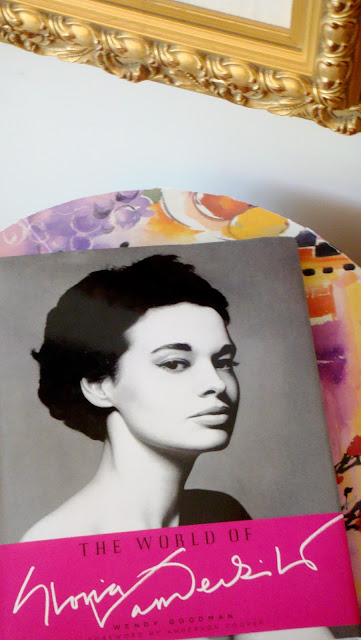 One of the highlights from our Withit Design Tour in NYC
was meeting Wendy Goodman,
the author of  The World of Gloria Vanderbilt 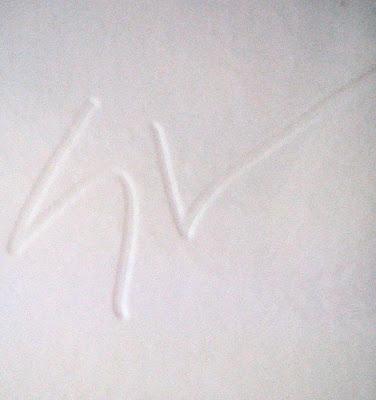 Before reading this book, I didn't know much about Gloria Vanderbilt  except for a mishmash of fashion spreads and tabloid stories. Withit gave all the design tour attendees our books but I would have bought it after the discussion with Wendy Goodman. 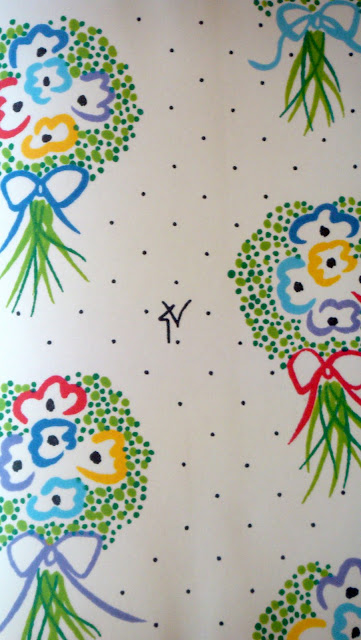 "My mom is a survivor, but she has none of the toughness that term often implies. She has strength, great stores of it, but she has refused to develop a layer of thick skin to protect herself. She remains vulnerable. It is a difficult and sometimes painful choice. She wants to remain open---open eyes, open mind, open heart. It's cost her, but she has succeeded. There is no one I know who is so open to the new: new experiences, new opportunities, new love, even if it means loss. She truly believes the best is yet to come, that great adventures are out there, just around the corner. She may have been born into a world that no longer exists, but she lives in a place about to happen." ---- excerpt from the special foreword, by Anderson Cooper, a fitting tribute to his mother. 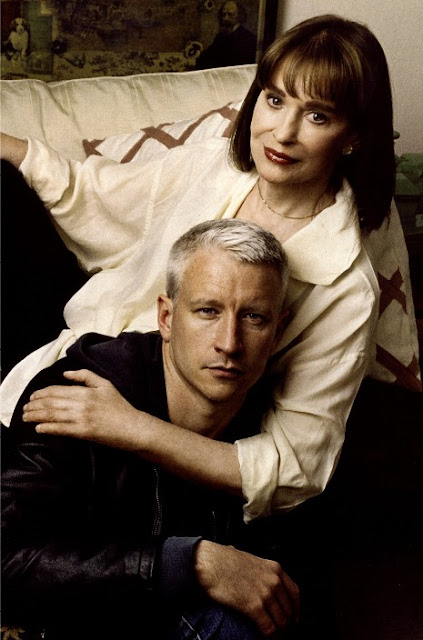 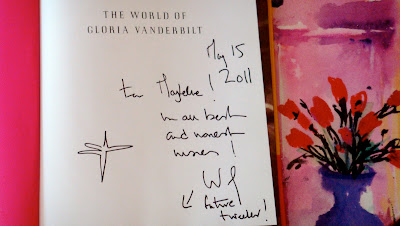 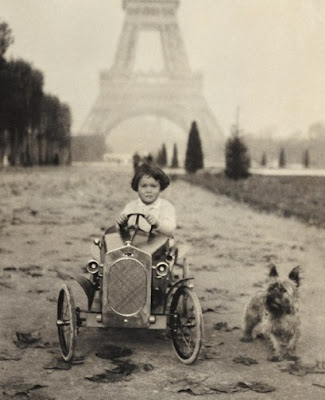 Gloria driving a pedal car in Paris. Her mother had moved the family to Paris in 1926 after Reginald's (her husband) death. Gloria led a nomadic life in Europe until she returned to America in 1932. 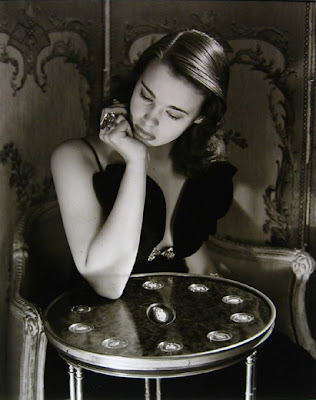 photo by Horst P. Horst
At 17, in Beverly Hills wearing a tabletop dress by Howard Greer. Tabletop dresses looked good from the waist up when stars were photographed sitting in restaurants and nightclubs. 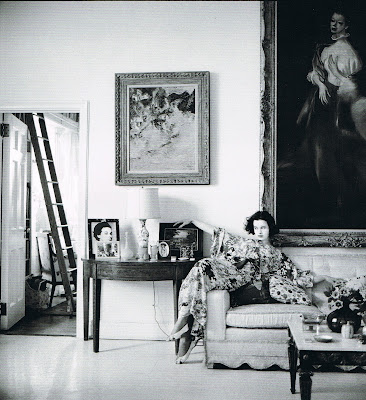 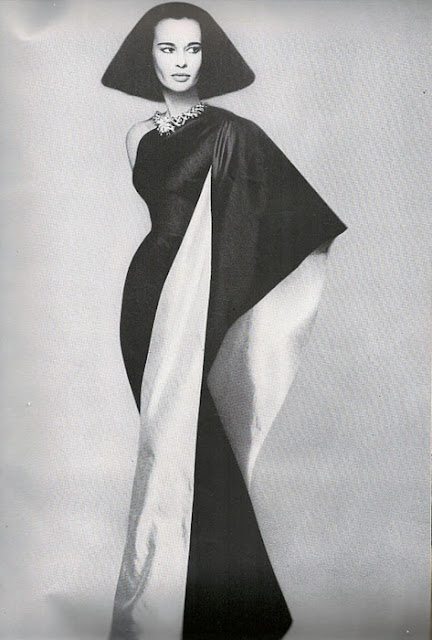 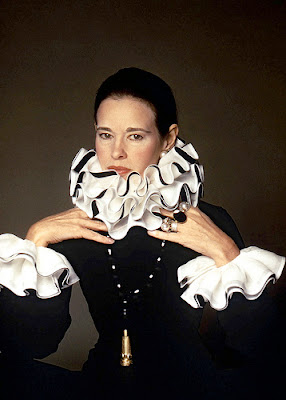 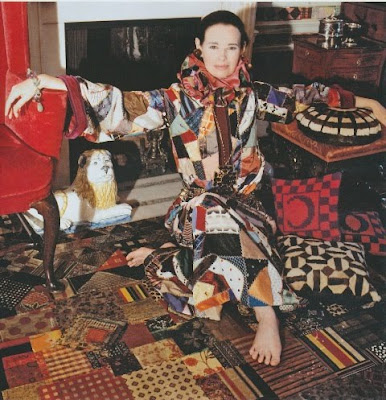 Horst P. Horst, 1970
outfit by Adolfo
Gloria portrayed the gyspet style early on. Her bedroom with Wyatt Cooper at 45 east Sixty-seventh Street was one of the most famous rooms in modern decoration. Gloria covered every surface of the room with a collage of quilt pieces, including the lacquered floor. 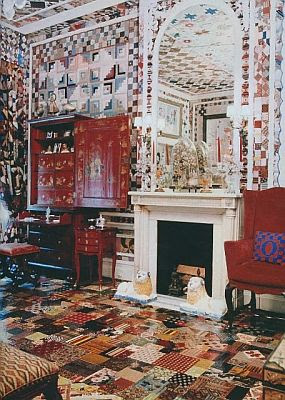 Growing up, nanny Dodo and grandmother Naney made up what Gloria called "the Caravan". The Caravan was home to three--Dodo, Naney, and me. It was steamer trunks, packing and unpacking on ocean liners, in hotels, on trains, on rented houses in Paris, Cannes, England. It mattered not where as long as we three were together." 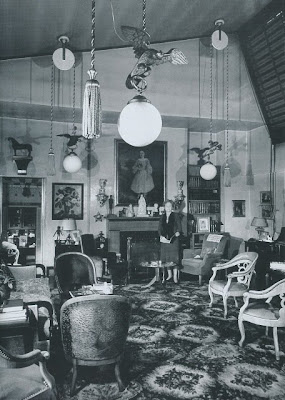 Juliana Force, Gertrude Vanderbilt Whitney's assistant and the first museum director of Whitney Museum of American Art, influenced Gloria's style. The floral pattern on the floor, accomplished with many coats of lacquer over fabric inspired the patchwork quilt room. 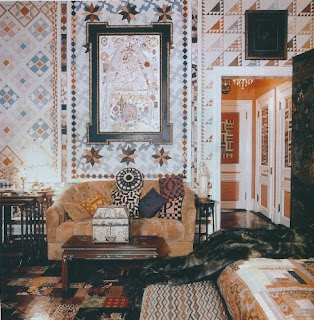 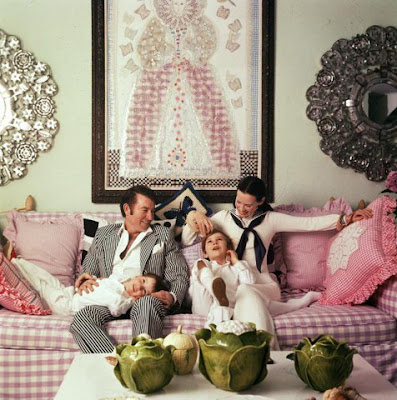 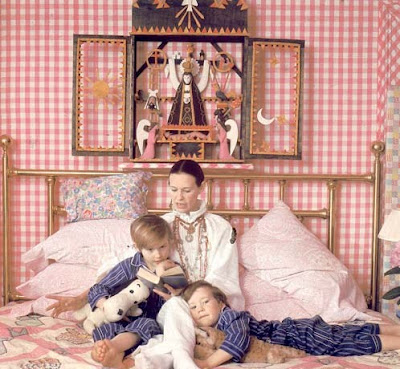 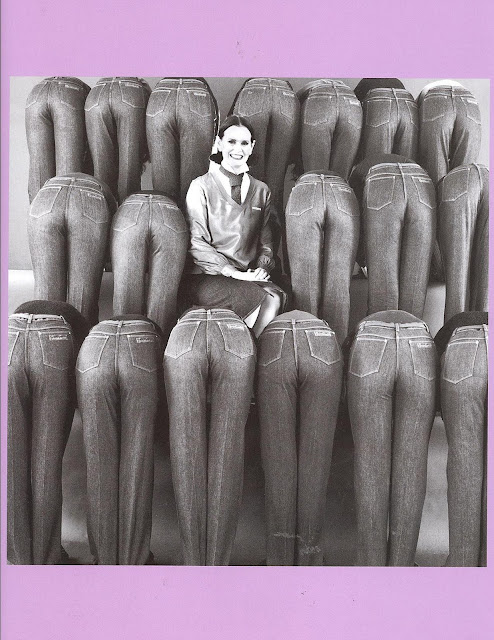 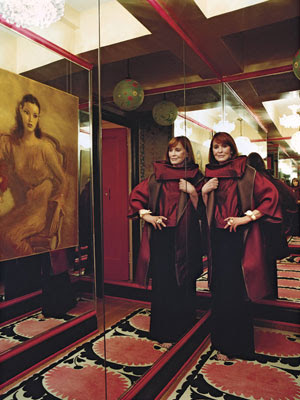 Beekman Place
Woven into these beautiful and glamourous photos are lovely stories and lessons well told by the author.  Here's Gloria's thoughts after surviving the tragedy of her son, Carter's, suicide:
"Don't give up, don't ever give up, because without pain there cannot be joy, and both are what make us know we are alive. You have the courage to let the pain you feel possess you, the courage not to deny it, and if you do this, the day will come when you wake and know that you are working through it, and because you are, there is a hope, small though it may be, a hope you can trust, and the more you allow yourself to trust it, the more it will tell you that although nothing will ever be the same, and the suffering you are working through will be with you always---you will come through, and when you do you'll know who you really are, and someday there will be moments when you will be able to love again, and laugh again, and live again. I hope this will come true for you as it has for me." 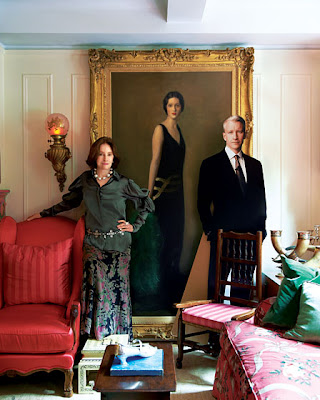 Gloria and Anderson with the portrait of
Gloria's mother by Dana Pond in Paris, 1923 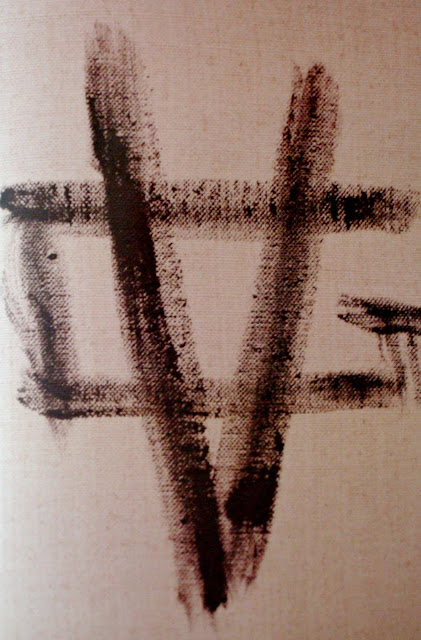 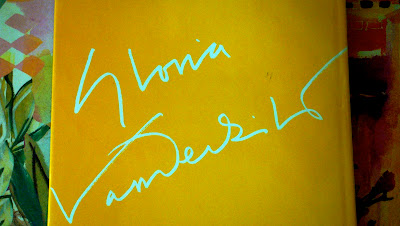 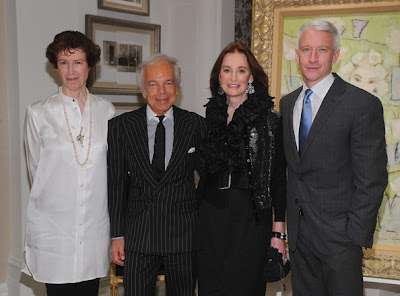 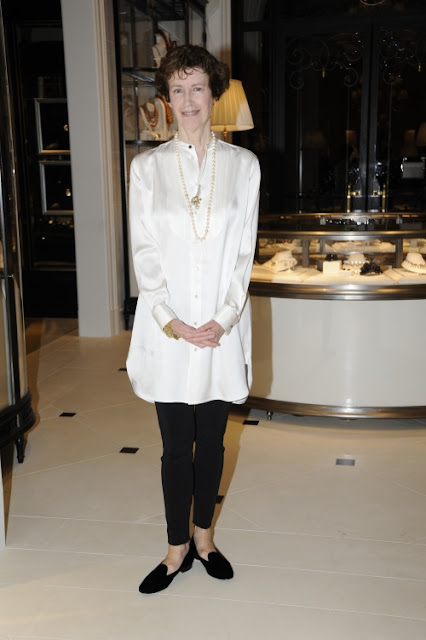 Wendy Goodman
She also co-wrote another must have tome for the design library,
Tony Duquette
and is the editor of Home Design Guide, New York Magazine 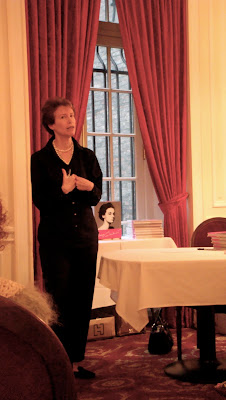 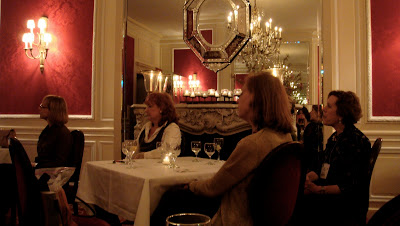 Ms. Goodman's take away lesson: "But the one thing that is evident in Gloria Vanderbilt's life is that her strength and resolve and invincible warrior spirit didn't come from the wasteland of imagining "what if." Her incredible journey has been built on dealing with "what is," and the hard work and courage it takes to transform the uncontrollable in life into something positive and enriching. Andre Breton's observation that "childhood is the only reality" is the mountain that has to be scaled in life. Some make it over and others do not. "
These powerful words resonated with me. I have never let my not so rosy childhood or any circumstances thereafter deter me from living life to the fullest. Anything is possible. 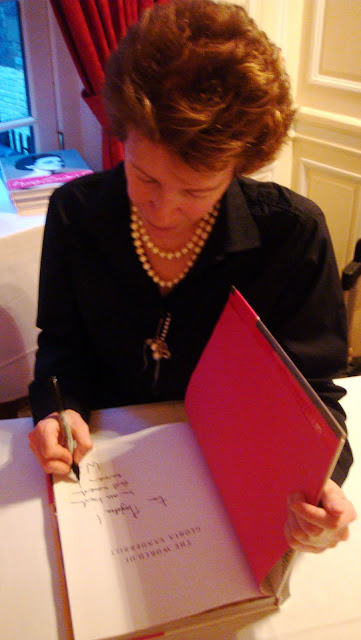 I have always been a fan of Wendy Goodman's Home Design Guide features in New York Magazine. Meeting her was a real delight and honor. 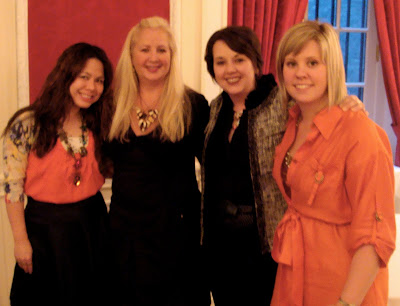 here with Betty Lyn Eller, Regenia Payne, Amy Huff
Do you have any practical advice for creative individuals, or anyone, in fact?
I think you trust yourself, love yourself, and all will be well. I think it’s important to have an image of what you’re striving for and what you’re working towards—what you’re hoping to be. I want to be the best I can be for as long as I can.
--taken from Psychoanalyzing Gloria Vanderbilt on Vanity Fair
Posted by Froulala at 4:03 PM

definitely a must have in your library. beautifully written woven with fab pictures.