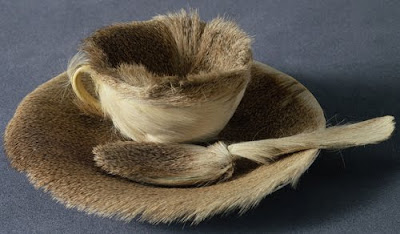 Le Dejeuner en Fourrure, 1936
Meret Oppenheim
The teacup was inspired by a conversation between Oppenheim and artists Pablo Picasso and Dora Maar while at Cafe de Flore in Paris. Admiring Oppenheim's fur-covered  brass bracelet, Picasso remarked that one could cover anything with fur, to which she replied, "Even this cup and saucer." Soon after, when asked by André Breton, Surrealism's leader, to participate in the first Surrealist exhibition dedicated to objects, Oppenheim bought a teacup, saucer, and spoon at a department store and covered them with the fur of a Chinese gazelle. In so doing, she transformed genteel items traditionally associated with feminine decorum into sensuous, sexually punning tableware--- MoMA
class notes:
"Inspired by Carl Jung and Sigmund Freud, Surrealists viewed their work as an expression of their unconscious, inner world of their pysche, dreams and the fantasy realm. The aim of the proponents of this movement was to combine or juxtapose inner or outer reality, unrelated events or objects that convey an element of surprise. Naturalistic Surrealists showed obvious scenes whereas Biomorphic Surrealists showed abstraction and organic forms. Meret Oppenheim was one of the few women in this period with an unconventional streak. Her youthfulness, free spirit, and uninhibited beauty developed the model for a Surrealist woman---beautiful, independent and creative.
Many of the artist's pieces allude to female sexuality and feminine exploitation by the opposite sex. In her one woman exhibit at the Galerie Schultness in Basel, visitors called her the quintessential surrealist symbol for her originality and audacity. This piece is whimsical and humorous. It captures surrealist moods by provoking, defying logic, and sensual.
She also strongly believed that art has no gender, and strove to balance and unite the opposite sides of her psyche, the spiritual-female and spiritual-male, an effort that was reflected in her appearance and in the dreams of her last years. She felt that, ever since the establishment of patriarchy, the female principle had been devalued and projected on to women. Because of this disturbed balance, she felt that a new direction in the evolution of mankind is needed, where the female principle is not devalued and humanity arrives at wholeness." 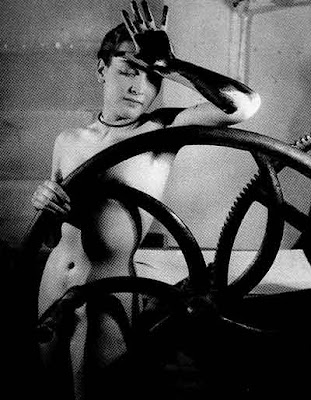 A muse for Man Ray, he did this portrait of her
"Every notion is born along with its form.
I make reality of ideas as they come into my head"
-Meret Oppenheim 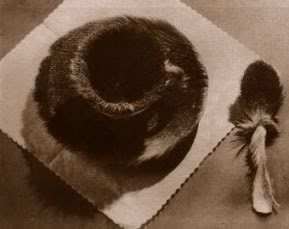 Man Ray's portrait of the object 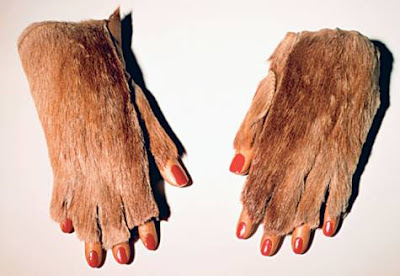 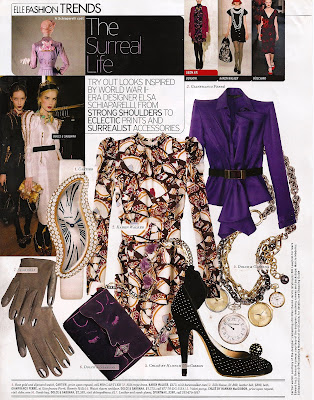 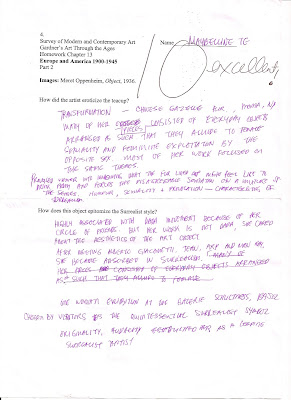 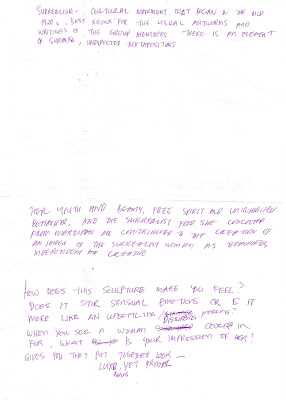 For Zizi's (my fave art teacher) art history class, we were asked to pick an artwork that spoke to us. It was no surprise to a few that this would be my choice. Personally, I like its eroticism and primal qualities. It invites the viewer into imagining what the fur lined cup might feel like to drink from. It makes one wonder about that particularly unusual sensation. It was recently featured in MoMA's recent exhibit on The Erotic Object which I saw. As this wintry night pronounces its presence, I echo Meret's words to Picasso "un peu plus de fourrure", s'il vous plaît.... 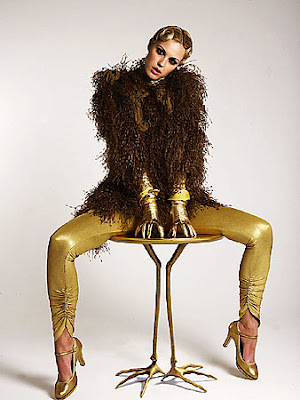