Last July, the beau took me on a surprise weekend to Waynesville, North Carolina. It was the first time Waynesville ever surfaced on my geo radar. Our first stop was Waynesville Inn ,  a historic lodge with 27 holes of championship golf designed by Donald Ross. 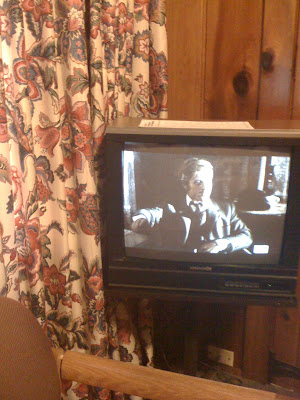 The accomodations have a dated country club meets campy vintage feel.
This Magnavox is so "tiempo ni mampor"!
*Cebuanos use the term "Panahon/Tiempo ni Mampor" (At the times of Mampor) when they refer to something that's Old World (pre-18th century). Mampor was Capt Joaquin Montfort, commander of the Spanish army in Cebu in 1898. The Philippines was colonized by Spain for almost four centuries.


Food was forgettable but the view of the green and the mountains from the rocking chairs was picture perfect.
The spot to read a good book or have a cocktail.
We woke up the next day excited for the main event of the weekend. 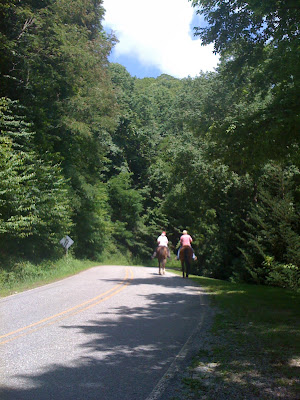 Sixteen miles into the journey,

we finally saw the sign to The Swag Country Inn

the nondescript gates add to the mystique.
After a two and a half mile drive climbing more than 1000 ft,
we were greeted by our hospitable guide.
While waiting for our room to be ready, 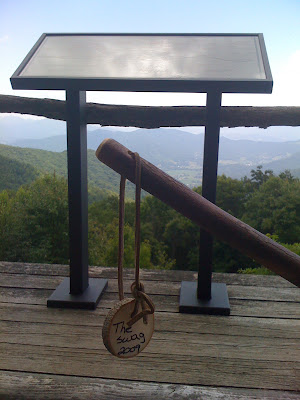 we were given a quick tour of the inn, our personalized walking sticks and lunch bags
with sandwiches, great potato salad and the famous Swag Bars.
Swag Bar Recipe
1 cup white sugar
2 cups peanut butter
1 8oz package of chocolate chips
1 cup white Karo syrup
6 cups scrunched corn flakes
Put sugar, syrup and peanut butter in a large heavy pan. Heat very hot, almost to boil, and stir constantly. Take off stove, mix in scrunched corn flakes. Mix well. Press lightly into oiled pan (9x13). Sprinkle chocolate chips evenly over the top. They will melt after a while but, to speed up the process, put in the oven for a few minutes. Score the bars while still hot, they are hard to cut when cool. These freeze well. 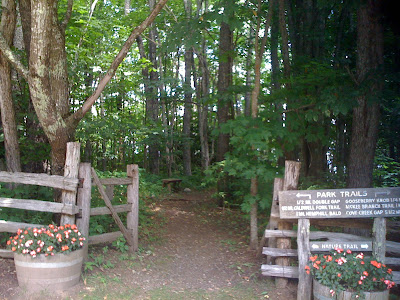 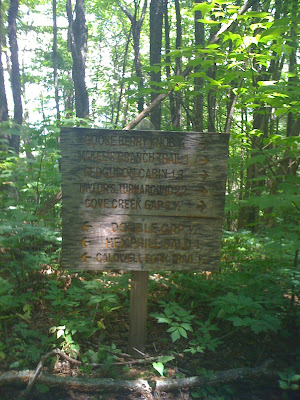 Famished, we opted for the shortest hike to Gooseberry Knob 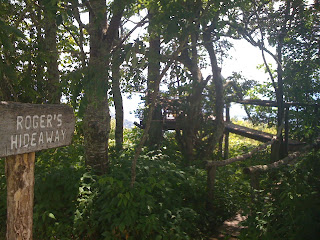 and reached Roger's Hideaway in no time. 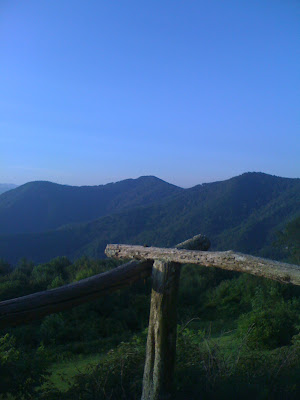 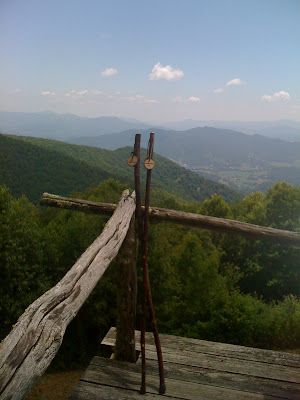 With an unsurpassed view of four of North Carolina's six highest mountain ranges, 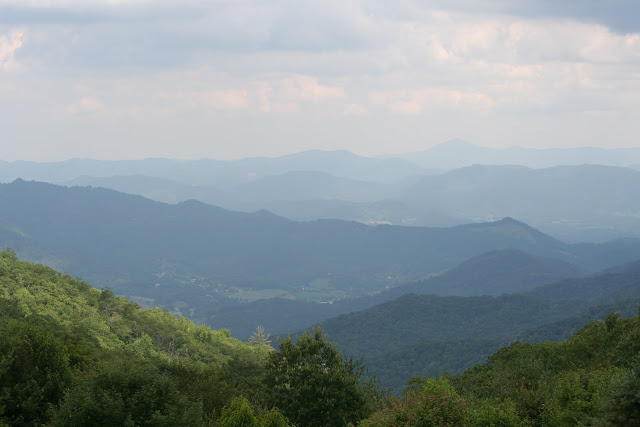 we sat transfixed and immersed in the beauty of it all.
There was so much to explore, we only covered a tip of the 250 acre estate. 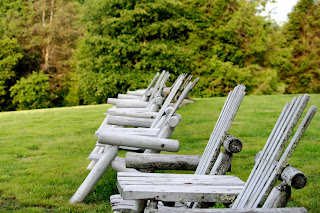 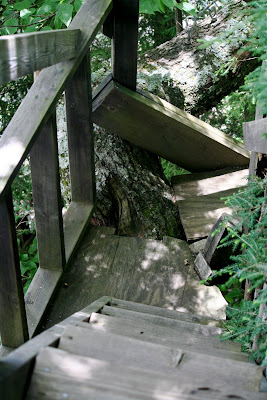 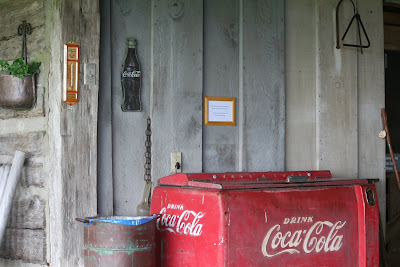 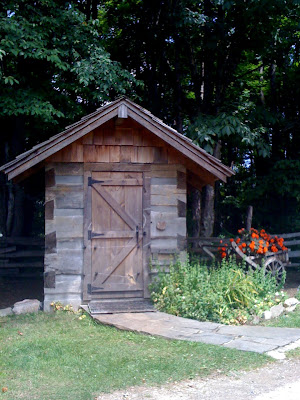 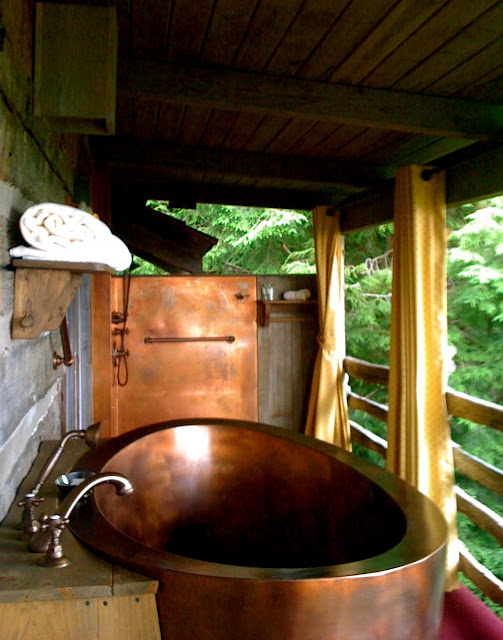 We were told that Gail's Room is one of the most spectacular so we couldn't wait to enjoy it.
Whiling the afternoon away in the outdoor soaking tub
overlooking the mountains was ultimate relaxation. 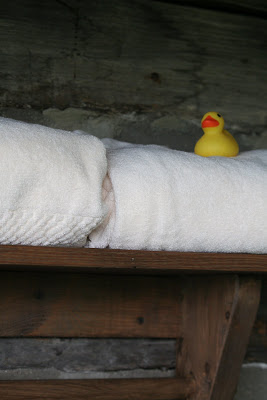 I find a little fellow who’s cute and yellow and chubby! Rub-a-dub-dubby! 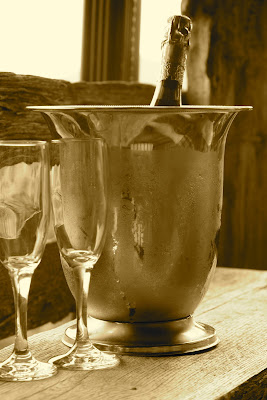 with fine vintage bubbly!
The following interior shots depict the little details that give The Swag
some of its character aside from the warm people that make it special. 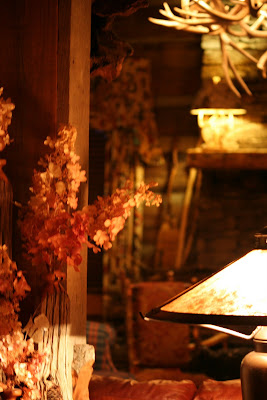 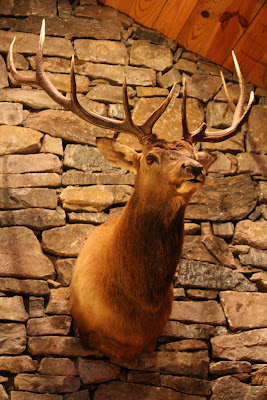 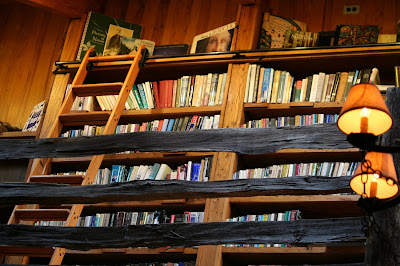 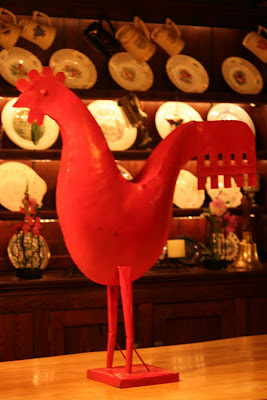 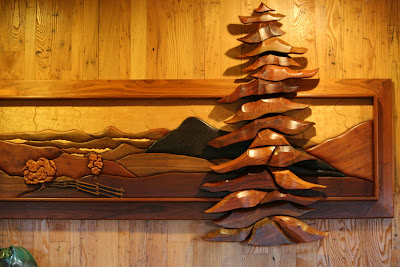 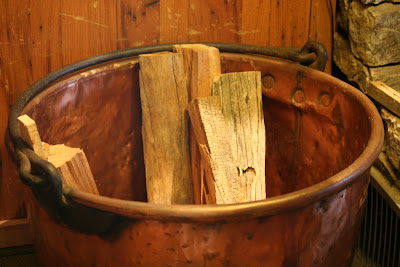 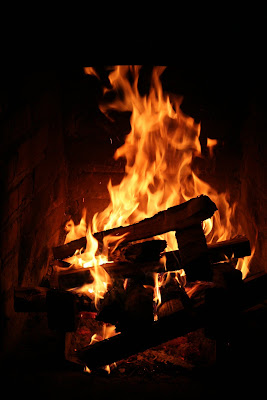 In our room, an excerpt of The Velveteen Rabbit
was etched on a piece of wood.
A touching reminder of life and love.


"What is REAL?" asked the Rabbit one day, when they were lying side by side near the nursery fender, before Nana came to tidy the room. "Does it mean having things that buzz inside you and a stick-out handle?"
"Real isn't how you are made," said the Skin Horse. "It's a thing that happens to you. When a child loves you for a long, long time, not just to play with, but REALLY loves you, then you become Real."
"Does it hurt?" asked the Rabbit.
"Sometimes," said the Skin Horse, for he was always truthful. "When you are Real you don't mind being hurt."
"Does it happen all at once, like being wound up," he asked, "or bit by bit?"
"It doesn't happen all at once," said the Skin Horse. "You become. It takes a long time. That's why it doesn't happen often to people who break easily, or have sharp edges, or who have to be carefully kept. Generally, by the time you are Real, most of your hair has been loved off, and your eyes drop out and you get loose in the joints and very shabby. But these things don't matter at all, because once you are Real you can't be ugly, except to people who don't understand." 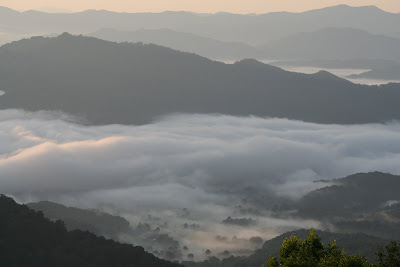 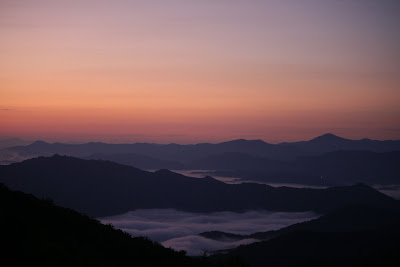